What Mental Disorders Qualify for SSDI? 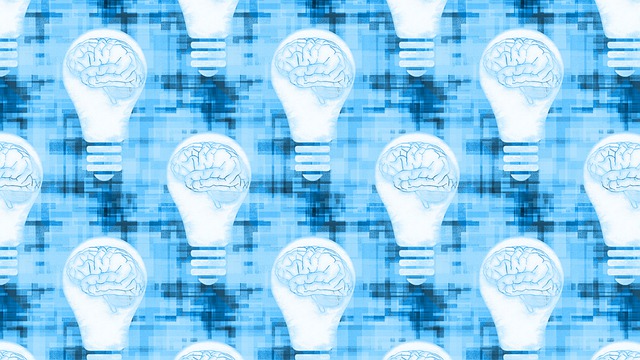 The SSA’s “Blue Book” Adult Disorders includes eleven recognized mental illnesses and twelve Childhood Disorders which, depending mostly on the symptoms, could be disabling. These categories are discussed below. If you have a serious mental disability that doesn’t fit neatly into one of the official categories, a SSI lawyer near you from the Heermans Social Security Disability Law Firm can still evaluate your case to see if you might be able to obtain benefits. These benefits usually include a monthly cash payment as well as Medicaid enrollment.

Persistent paranoia, IED (intermittent explosive disorder) and STPD (schizotypal personality disorder) are the most common conditions in this category.

We all get the feeling at one time or another, that we’re being watched. This kind of paranoia is completely normal with the ups and downs of life. In fact, if people never find certain situations unsettling, that’s probably a bad sign. However, people with persistent paranoia have this feeling pretty much once a day, or even all day. These individuals usually have a very hard time trusting people and interacting with people in normal daily life situations.

STPD is a similar condition. These individuals are extremely uncomfortable around people. Furthermore, they often have a distorted view of reality, are very superstitious, and generally act bizarrely (ie. obsessive thoughts or isolation). Usually, they aren’t aware of their symptoms. STPD is a lot like schizophrenia. However, STPD individuals don’t have delusions, hallucinations, and other schizophrenia markers.

Road rage is a common IED symptom. These individuals get suddenly and intensely angry over minor incidents, like being cut off in traffic. In the workaday world, IED individuals might explode because someone showed up two minutes late for a meeting or forgot to close a door behind them.

At the low end, ASD individuals are to some extent disassociated from behaving in the social norm. At the high end, this disorder includes symptoms, like hyperactivity, impulsivity, unusual responses to stimuli, and self-injurious actions, which make it very difficult to function.

Even though the symptoms are life-altering, low end ASD probably doesn’t meet the SSA disability standard. High end ASD might also not meet the SSA disability standard. If these individuals function well enough to work for example, at the level of school crossing guard, grocery store bagger, or simple assembly line production. Given proper support and training, such jobs can also pay well enough to be classified as SGA (substantial gainful employment), which would disqualify them for Social Security Disability. As far as the SSA is concerned, people are either disabled or they aren’t. Substantial Gainful Employment (SGA) guidelines are a critical component here.

Frequently, conditions like developmental delays begin during early childhood. However, they may not be disabling at that point. Johnny may be doing poorly in school, but he can still get himself out of bed and eat breakfast, get himself to school, and function pretty well while he’s there.

Developmental delays have a cascading effect. Every year, Johnny falls a little further behind. He gets more depressed and more frustrated. At some point, Johnny may have issues getting out of bed, getting to school, and functioning with others while he’s there. By the time he graduates, he’s so far behind that he’s too depressed and frustrated, and too underqualified, to get a good job. The Coronavirus pandemic is a sensitive topic here because educational and developmental delays, due to lack of educational resources during the lockdown, could significantly impact these children in later years.

The Heermans SSI disability lawyers in Memphis represent clients with these issues. Adult Johnny is clearly disabled. But it’s hard to tell at what point child Johnny became disabled.

Here’s another example. Sara’s knee never fully heals after a serious car crash. She guts it out, suffering from the pain as long as she can, but eventually, her doctor advises her to stop working. If Sara files for disability benefits at that point, she might or might not be entitled to Social Security back pay. This gray area of benefit qualification is a very important reason to have a Heermans attorney by your side to represent you. Otherwise you might miss out on benefits.

Speaking of car crashes, about 50 percent of these victims develop Post Traumatic Stress Disorder, a condition normally associated with combat veterans. Any extreme stress, be it combat stress, car crash stress, or something similar, could trigger chemical changes in the brain which cause PTSD and impair function.

Basically, extreme stress shrinks the cerebral cortex and enlarges the amygdala. Because of this imbalance, people with PTSD cannot react logically to stressful situations, even everyday stressful situations, like a tailgating vehicle behind you! Common PTSD symptoms include flashbacks, persistent fear or anger, anxiety, aggression, and sleep problems.

Bulimia, anorexia, and other eating disorders may be the most disturbing mental disorders that may qualify for SSDI. If a person cannot sit at a table and eat, as most of us do three times a day, then they are dealing with a crisis situation.

SSD is a medical term for any mental illness that’s disabling but doesn’t fit into one of the listed categories. Common SSD symptoms include pain, fatigue, and pseudoneurological blindness or deafness.

Clinical depression is another matter. The symptoms are basically the same. However, since a chemical imbalance in the brain causes these symptoms, they are permanent.

A few words about medication, mental disorders, and qualifying for SSDI. Frequently, medication is available that could at least reduce symptoms to the point that they’re not disabling. Usually, a Heermans disability lawyer near you must prove that the applicant cannot take this medication for some reason. Physical intolerance is probably the best reason; sometimes finding an effective medication that the body is able to tolerate simply does not happen.

PTSD could also fit under this category. Others include social anxiety disorder, agoraphobia or most other -phobias, panic disorder, and obsessive compulsive disorder.

The “disorder” designation comes up a lot on this list. Basically, this d-word means the condition is chronic as opposed to short term.

Alzheimer’s disease and dementia are the most common disabling neurocognitive disorders. These individuals simply cannot function, especially once their conditions become advanced. The condition is not reversible either.

Schizophrenia, a condition mentioned above, is a psychotic disorder. Others include schizoaffective disorder, a similar condition, and delusional disorder.

What about self-inflicted mental disorders? Illicit drug use often either causes these conditions or makes them disabling. In civil injury claims, the cause of the injury is a big deal. However, in an SSDI claim, the condition, and the effects of the condition, are all that matter.

Support for those who suffer from a mental illness and their family is available. NAMI mental illness educational and awareness materials, books, and videos are available here and the upcoming NAMI 2022 Mental Illness Awareness Week topics are as follows:

For more information about qualifying for adult or childhood mental disorder Social Security disabilities, contact Heermans Disability 24/7 by phone or text at (901) 244-0057. More value added FREE information can be found in our online article library.